ALBERT (POM POM) BRUNEAU It is with heavy hearts we announce Al’s death at the age of 76 years on October 10, 2014 after a long, courageous battle with colo-rectal cancer. Left to mourn Al are his wife Heather; children Rene, Florence, Yvonne, Stacy, Louise, Greg; as well as several grandchildren and great-grandchildren. Al was born in St. Boniface on April 13, 1938 and grew up in the Lac Du Bonnet area before moving to Winnipeg. He worked hard at many jobs all of his life before becoming a Pembina Trails School Division courier from 1981 to 2012. After retiring, Al kept busy as a lunchroom supervisor at Acadia Junior High. When Al wasn’t working, you’d find him visiting his friends, former coworkers, or those working at many Fort Richmond businesses. You couldn’t go anywhere with Al without running into someone he knew. He also loved music and to meet new people, which led him to ballroom dancing and his wife Heather. Al also believed in keeping his family ties strong. He rarely missed the chance to spend time with his children and grandchildren.

On Saturday, October 18, 2014, Al’s funeral service will be held at 2:30 p.m. in St. John’s Cathedral, 135 Anderson Avenue between Main Street and the Red River. In lieu of flowers, if friends so desire, donations in Al’s name may be made to Siloam Mission, Main Street Project, CancerCare Manitoba or the Riverview Health Centre Foundation. Our family would like to thank the warm and caring Palliative Homecare staff, particularly nurses Marianne N. and Joanne, as well as Riverview Health Centre staff, who allowed him to die with dignity. 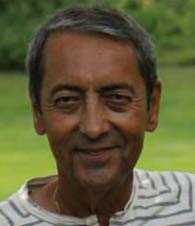 “My darling, my life, Just by being in the world, You made it a better place.”

As published in the Winnipeg Free Press on October 15, 2014